I have worked widely as a consultant on projects involving the arts, heritage and creative regeneration, with a particular focus on town/city centres and their regeneration through the arts. While my work has been read and referenced by government ministers, it has also been used by community organisers as a tool for advocacy and local development.

While approaches are tailored to the client’s needs, they usually involve action research, meaning the real debate and discussion ends in a genuinely useful document. I use practical, engaging activities like community mapping, cardboard modelling, or ‘mass observation’ as part of the process.

I am a non-executive director of national arts organisation a-n (which has 22,000 artist members), and have previously sat on the board of The Worthing Dome & Regeneration Trust, East Street Arts and the Margate Caves Community Education Trust. 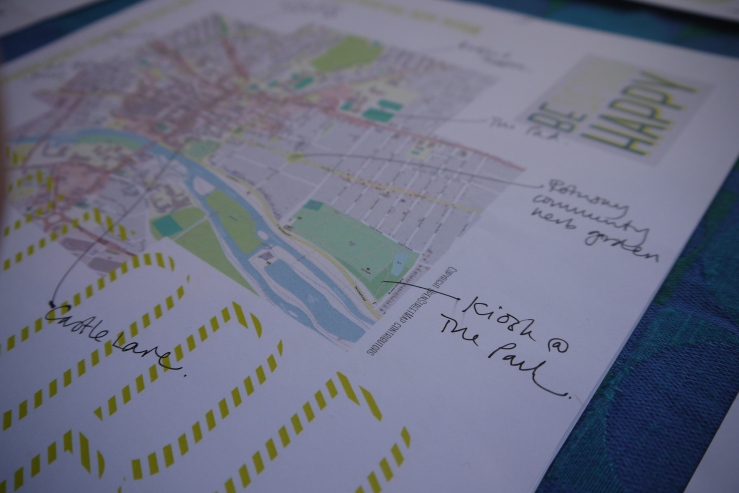 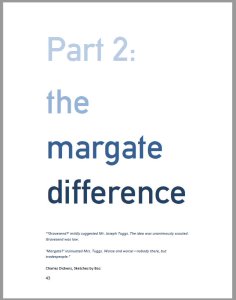 Margate is entering a new phase of its ongoing regeneration, with significant new investment planned by Dreamland, Turner Contemporary and Kent County Council. This report was for Dreamland’s parent company which has invested c.£30 million in the town and is planning further investment, including building a new seafront hotel.

The Margate Difference provided a qualitative comparison to twenty other seaside towns, visited during an intensive month-long research phase, to help the client (Margate Estates Ltd) identify Margate’s local distinctiveness and identify weaknesses in current infrastructure. Two supplementary papers looked at the motivations of people moving to Margate, and at the case being made for investment in regeneration in Eastbourne.

The report has been presented to the House of Lords – Regenerating Seaside Towns committee.

A short report for Turner Contemporary’s education programme, looking at ways to engage a more diverse audience and give local people a voice through the gallery’s social media channels.

As a trustee of the Margate Caves Community Education Trust, took a lead role in writing an Activity Plan, Interpretation Plan and other documents to support a bid to the Heritage Lottery Fund. The plans see the Caves reopened, with a mixed visitor centre and community rooms above ground being used to deliver a comprehensive programme of heritage, arts and community-led activity. The £1 million bid was successful.

Commissioned to run a series of workshops and research events through 2015, resulting in a report and recommendations for how the Southampton Cultural Development Trust can use the strategic activation of empty spaces across the city to further a bid for Capital of Culture status. The report mapped, identified and catalogued the city’s long history of such practice.

Working with HKD, carried out research and ran a one-day workshop with the Spitfire & Hurricane Museum’s staff, board and partners to identify opportunities for future development. The findings were written up as a report to help the museum improve the visitor experience in strategic ways.

For this Nick Ewbanks Associates and Sidney De Haan Research Centre report into Margate, Bexhill and Folkestone’s creative regeneration, looked at the ways social media can be used to generate social capital, focusing on the work of Turner Contemporary, De La Warr Pavilion and Folkestone’s Creative Foundation. The final reported was launched in the House of Parliament.

Working with We Are Bedford, to produce a report that demonstrated the value of the activation of empty units to the town’s economic and social prosperity, and guided the council’s work to allow them to build on previous successes. 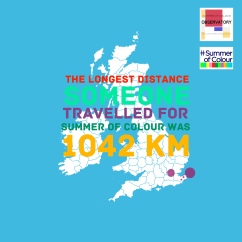 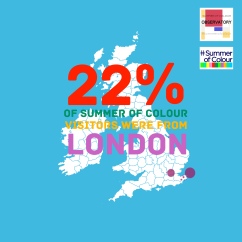 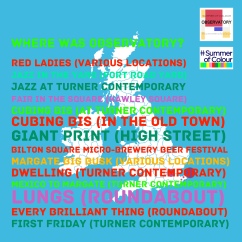 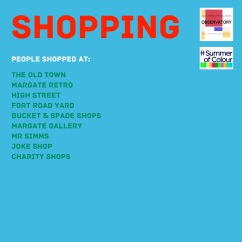 Commissioned by Turner Contemporary to run a creative evaluation of Margate’s arts festival, ‘Summer of Colour’. Interviewed 250+ people at events through the festival, mapping their routes, and in a light report, demonstrated the impact on local businesses of the activation of town centre spaces.

Pop Up People was a three month action research project, producing a report, short film, and a resource wiki which have been widely used, and read by government ministers. The project was a balance to the Mary Portas High Street Review, which said big business was good and the days of independent shops were over.

A report into the city’s empty shops and other void spaces, with proposals for concentrating work in key areas to activate the city centre. Identified City Arcade, Far Gosford Street and routes to the Canal Basin as locations for future work.

As lead for the Worthing Creative, brought together a range of partners and demonstrated the importance of the creative sector to a wider audience, strongly influencing the final masterplan by EDAW. Proposals included conversion of beach chalets into East Beach Studios, and the sharing of services by Worthing Museum and Worthing Theatres.

First ride in my new cycle helmet from @dashelcyclehelmets. A crisp ride across the fields from Broadstairs to Margate, where I'm assisting @signsbysandk with signwriting on Northdown Road shopfront. It's so comfortable - I have struggled with cycle helmets that are heavy and restrict my view looking back, but this is ace. And - it looks good too. Thank you, Dashel! #margate #broadstairs #cycle #cycleshots #cycling #selfie #cyclestyle #signs #signwriting
Have been working quietly on this idea, but tonight's the night to share some news. Margate is twinned with Les Mureaux (France), Idar Oberstein (Germany), Yalta on Black Sea. But we have no organisation to make that meaningful. With the permission of the office of the Margate Charter Trustees, next week I'm calling a meeting of a new Margate Twinning group. The original twinning was set up in 1960s, group closed in 2004. We can rebuild those links with France, Germany, Crimea. Are you interested? #margate #lesmureaux #idaroberstein #yalta #uk #france #germany #twinning #together
I'll have a 99 please, Quentin. Norman Cook and Suggs in the Stylish Ice Cream Co's lovely 1974 van outside @dreamlandmargate, giving away 100 tickets to the new Hi Tide Festival. #dreamland #lovedreamland #fatboy #fatboyslim #madness #margate #icecream
Worked with @keithbrymerjones last year, on a project remembering the history of work on Stoke's Spode Works. Here he is at the wheel in his Whitstable studio. He's on the telly again with the Pottery Throw Down on Channel 4. #potterythrowdown #potterywheel #potterythrowdown2020 #pottery #keithbrymerjones
Stacks - a reading room at Turner Contemporary for one day, all books inspired by the themes of the work of the four Turner Prize winners. People have stopped, read, had conversations, taken away titles of books they'd like to read further. #books #bookstagram #turnerprize #turnerprize2019 #margate
Choose Love at Christmas. #christmas #katherinehamnett #migrant #refugee #gold #jesus
%d bloggers like this: