It’s not on any maps.

Thanet families tell of people who have tried to sail there. Either the island is gone by the time they get there – or they are never heard from again. 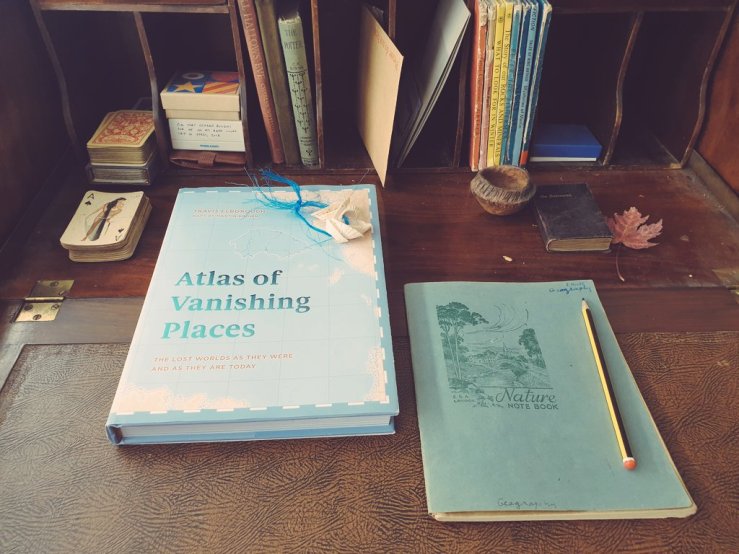 For a couple of years, I logged my sightings of Mystery Island in this school book, kept in my grandma’s old bureau.

I Tweeted about the log, and while I was working in Stoke, my flat was burgled – the only thing taken was the old school book. There was no sign of forced entry.

I have heard it called Cameloth locally, and there are whispers that it was lost after the Romans left Britain.

About ten years ago, one of those old Cold War USSR maps was declassified, showing targets for nuclear warheads. RAF Manston was on there, of course, and the naval docks at Chatham.

One was going to drop out at sea, though – just where you’d expect to find Mystery Island.

People have said it is an optical illusion, a reflection. I think Mystery Island is more an echo, of all the islands we have ever read about in stories.