A chapter from It’s All About The Road

He dreamed of rides like this. A stiff backwind pushing him on, the roads clear, all the way down from Hanley. Leaving the factory he’d been working in, downhill, turning towards home and there was the wind, pushing him down the long straight road that seemed to balance, tipping away to the valley on one side. Homes on one side, terraces; industry on the other. 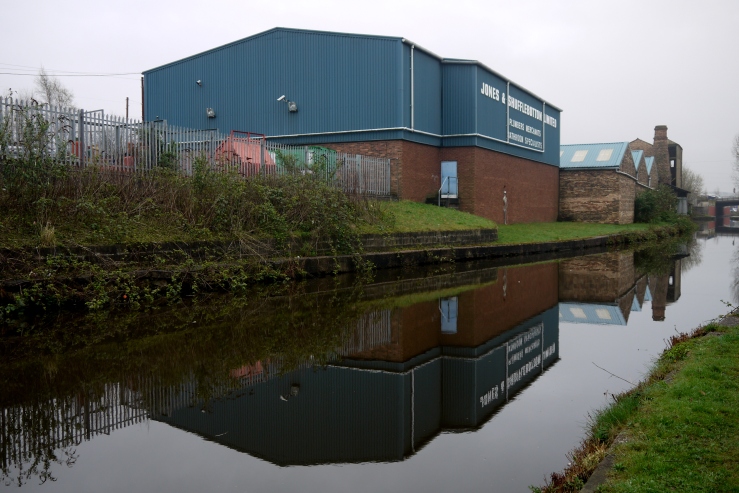 An old elephant outside a warehouse, years of layers of paint glowing in the low evening sun, held behind a chainlink fence in case it tried to run down the road. Fibreglass advert for some company that had long since gone. But
no easy way to get rid of an elephant, so it stayed. Straight on, the wind a hand pushing him, the teeth catching perfectly with each gear change, smooth. No cars, just trams and bicycles all the way down the road clear straight past the university. Dip down under the railway bridge, low rumble as the London train crossed overhead, up and across the canal and the road, three lines of transport, connection, transit running parallel. Rail to Europe, motorway to London, canals to the docks and the sea. Left, and a dogleg through the town centre, curving round the old town hall,

Spode Village to the right, where the money stacked up, slowing to pass through the Thursday night drinkers outside the pub on the corner.

He glanced towards the night market opening up, a tram unloading passengers, the smell of street food, first customers. In the morning this was a food market, fresh potatoes, kale, beans, carrots from the city farms that had filled the corridor where the old Garden Festival had been, repurposed the old industrial sites alongside the canal towards Burslem, cleaned the dirty soil with fresh growth.

But in the evening the market cooked the produce; Chinese, Caribbean, Polish, Nepalese streetfood alongside Stoke Oatcakes and local ale, made with Trent water. 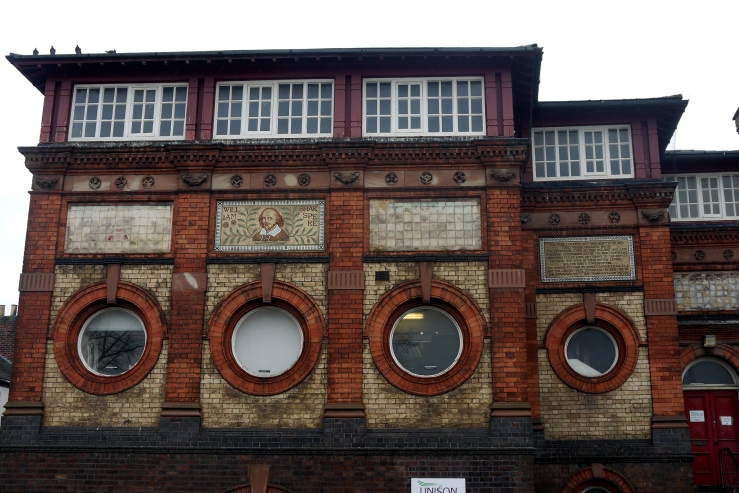 Cycled on, right and a short push uphill, pounding, adrenalin slamming as he turned left onto London Road, the last kilometre to home. On the right, the Library Club and Art College, a low susurration (chat, guitar, fiddle) as the day’s lectures, debates, discussions ended in drink and dancing. In an hour, they’d fill the night market, the first pints from the college’s tiny bar making them hungry.

The solar panels on the roof of the market would have charged the batteries enough and the soundsystems would play until well after dark. He’d come back later, once the dancing had started.

But for now straight on, the baked dry biscuit smell of the big pottery, firing all day now, third largest in all of Stoke. Half a million pieces of ware rolling off the lines every week. Scottish machinery at the sharp edge, Japanese touch screen control, but English hands still touching everything produced. 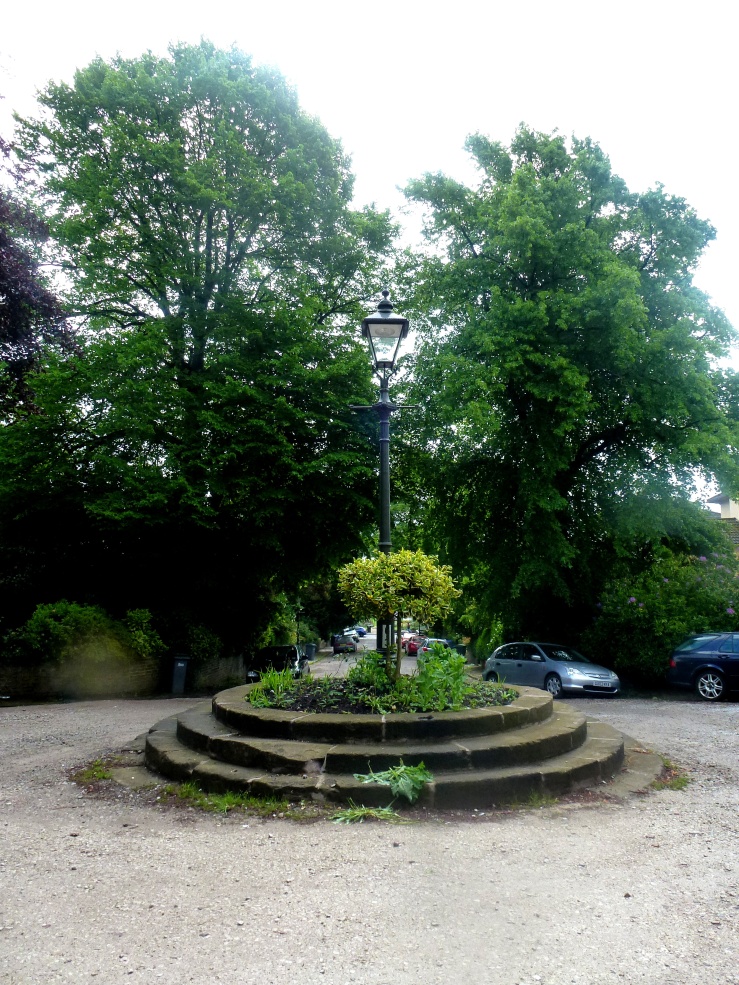 He passed The Villas on his right, blockpaved road straight up the hill, halfway up gaslight flared in a lamp. An old electric light converted to burn bio-waste; some strange conservationist in-joke. He was slightly obsessed by these houses, the hopes and aspirations of Victorian industrial revolutionaries made in brick. Elegant, European, classical yet oddly post-modern, very English. Now they were home to the people who grew up and graduated from lofts in the Spode Village, moving to here when they had children. University lecturers, cloud technicians, graphic designers, digital musicians. Mid-21st century techno bohemia.

On, a last right turn, and then standing on the pedals for the last push up the steep hill to home, Penkville Street, standing, the muscle in his calves straining, standing, as gravity and the steep degrees of the landscape pushed against him at the end of a flying ride. Mid terrace house, old front door painted rich gloss blue. Sash windows, metal column between them topped with tangled gothic foliage. Through the door, muscles burning, lungs suddenly empty now he’d stopped moving, as if the onward momentum had been pushing the air into him, inflating his lungs. 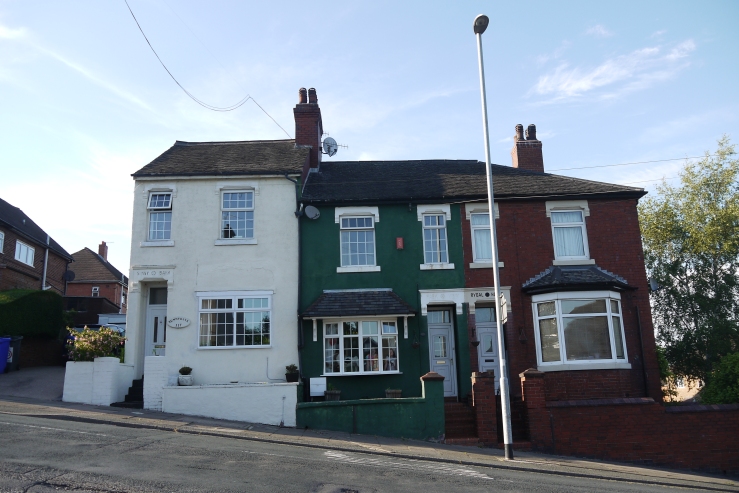 He lent the bike against the wall, white Michelin tyres reflecting on black Minton tiles. Took off his shoulder bag. A Chapman Satchel, 30 years old, waterproof British woven tough blue Cordura, red strap faded to pink, ash toggles. Handmade in Cumbria. Thin trail of soft black road dirt on the underside but that would wipe off. A good bag for his tablet, and the tangle of cables and adaptors he used to jack into any of the machines in any of the potteries he worked with. Uploading new specs, tweaking the slip mix to a different purpose, adjusting the angle of printer nozzles, making the spinning 3D models the designers worked on in light and pixels into real clay shapes. Listening in to the machines on Flare Audio cans, the bubble of slip in the printer’s pipes like blood in veins

Bent over, pulling his jacket over his head, head spinning as the excitement of the ride crashed in. Vertigo, a short hard version of jetlag, the post-cycle rush like the instant hit of short black coffee. Threw the jacket on the stairs by the bag, then pushed himself upright, straightened, turned and wheeled the bike through to the back of the house.

It was his regular ride, a handbuilt, Lee Cooper of Coventry, lugged steel. 50 years old, sky blue paint waxed and polished to a perfect shine. Every Sunday, road dirt brushed off, degreased with Dirty Harry, three coats of hand-rubbed wax in the room at the back of the terraced house. He wheeled it back there. Other bikes against the wall An old red Saffron Frameworks, a white Ellis Briggs from Shipley, older than the Lee Cooper. He laid the sky blue against the white against the red.

And on the wall, golden yellow, the finest bicycle he owned, held on the wall by two brackets, the frame wrapped in old cotton where the clamps held it. A religious object, pinned to the wall for worship. Cycling shrine, like the niche carved to hold a pottery representation of a household god in a Roman villa. A Brian Rourke frame, seventy years old, made to the leg measurements of a forgotten rider, found in a secondhand shop on London Road. Fastest bicycles in Britain. BR crest transfer on the headset over the words in small, plain type, ‘Made In Stoke’. His next project, a month of weekends planned, the stripped parts carefully labelled in wooden trays on the side. New cables coiled ready, tense with potential energy. 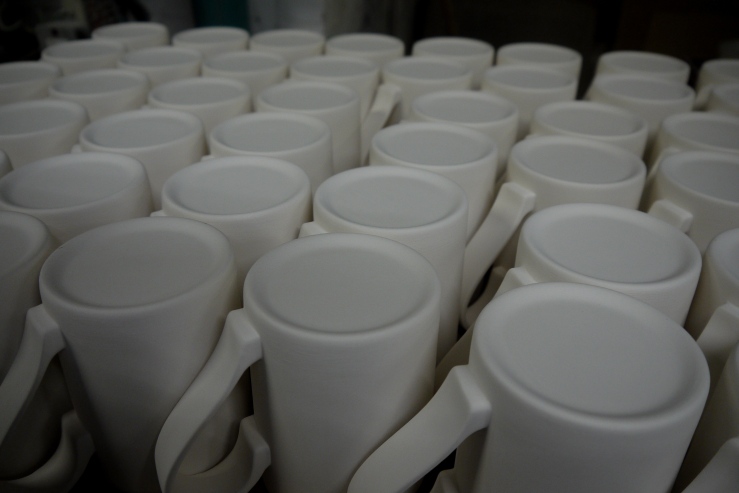 He liked to know where things came from. Chapman bag. British Boxers from Leek, Hiut Denim jeans made in Wales, Josery polo shirts from Hucknall, Norman Walsh shoes, Flare headphones from Sussex. In the kitchen he sliced London Road Bakehouse bread, dropped two slices into a British-built Dualit toaster, filled and turned on the matching kettle. Pulled out a plate, took the teapot down from the cupboard, and a mug; no doubt about where they were made. Portmeirion Pottery. Down the road, the smell of the kilns that baked these pieces of ware was on the air he breathed every day.

He put the tea and toast on a tray, carried it back to the front of the house. Put the tray on top of a pile of old magazines, real old. From newspapers, from the days when newspapers were printed, last century. He’d found this whole box of them in a house clearance round the corner, pulled out of a corner of the coach house at the end of the garden. Daily Telegraph, ‘Myicuria’ penned in the right hand corner on each cover. Full of stories which made no sense, time captured, moments lost in time like tears in the rain. He’d bought a box of crockery, Biltons; one of the lost and forgotten local potteries, insignificant in the history of industry.

Some old tools, thick with grease, ‘Made In Sheffield’. And this box of old magazines. If he wasn’t careful the First Law would kick in, the house would fill with kipple, there would be whole rooms he couldn’t enter any more.

But he liked to gather old things, collect stories, imagine who had owned them. In the gathering of magazines, books, old bookmarks, postcards, in the dark metal tools and battered old tins, in the old cabinets of worthless pottery ware; in all of it, he could see threads, connections and patterns.

Somewhere was the point it all came together, here in Stoke, the node.

He poured the tea, English tea.

I'll have a 99 please, Quentin. Norman Cook and Suggs in the Stylish Ice Cream Co's lovely 1974 van outside @dreamlandmargate, giving away 100 tickets to the new Hi Tide Festival. #dreamland #lovedreamland #fatboy #fatboyslim #madness #margate #icecream
Worked with @keithbrymerjones last year, on a project remembering the history of work on Stoke's Spode Works. Here he is at the wheel in his Whitstable studio. He's on the telly again with the Pottery Throw Down on Channel 4. #potterythrowdown #potterywheel #potterythrowdown2020 #pottery #keithbrymerjones
Stacks - a reading room at Turner Contemporary for one day, all books inspired by the themes of the work of the four Turner Prize winners. People have stopped, read, had conversations, taken away titles of books they'd like to read further. #books #bookstagram #turnerprize #turnerprize2019 #margate
Choose Love at Christmas. #christmas #katherinehamnett #migrant #refugee #gold #jesus
Inky fingers, vintage fancy cards with crinkly edges, the click-clump of old Adana presses. Adventures in letterpress, inspired by The Martell Press archives, at Marine Studios. Workshop led by me and @dawncole. Thank you to everyone who joined us - from enthusiastic children to experienced designers, from Whitstable and Canterbury and Birchington and Margate. "The best event at Margate Now." "Best workshop I've ever been on." #margate #letterpress #printing #print #artistsoninstagram #printers #printworks
This month, I have worked with groups of students from Middlesex's BA/MA Fine Art, the RCA, and the University of Kent's Aspire programme (looking at business leadership). We've talked about art-led regeneration, gentrification, creativity in business, social art practice, engaging audiences, digital skills... and visited Old Kent Market, Turner Contemporary, Margate Caves, the Old Town, the old Primark pop up, and hosted workshops and an exhibition at Marine Studios. It's great to talk to a new generation about creative practice. And it keeps my thinking fresh. #margate #margatecaves #turnerprize #turnercontemporary #margatenow #gentrification #artists #artist #artiststudio
%d bloggers like this: