Sadly, the document I’ve been working on has been corrupted by a virus, so all that remains of this chapter of the London Road book I’m writing are the endnotes. I hope you can reconstruct the chapter from them. 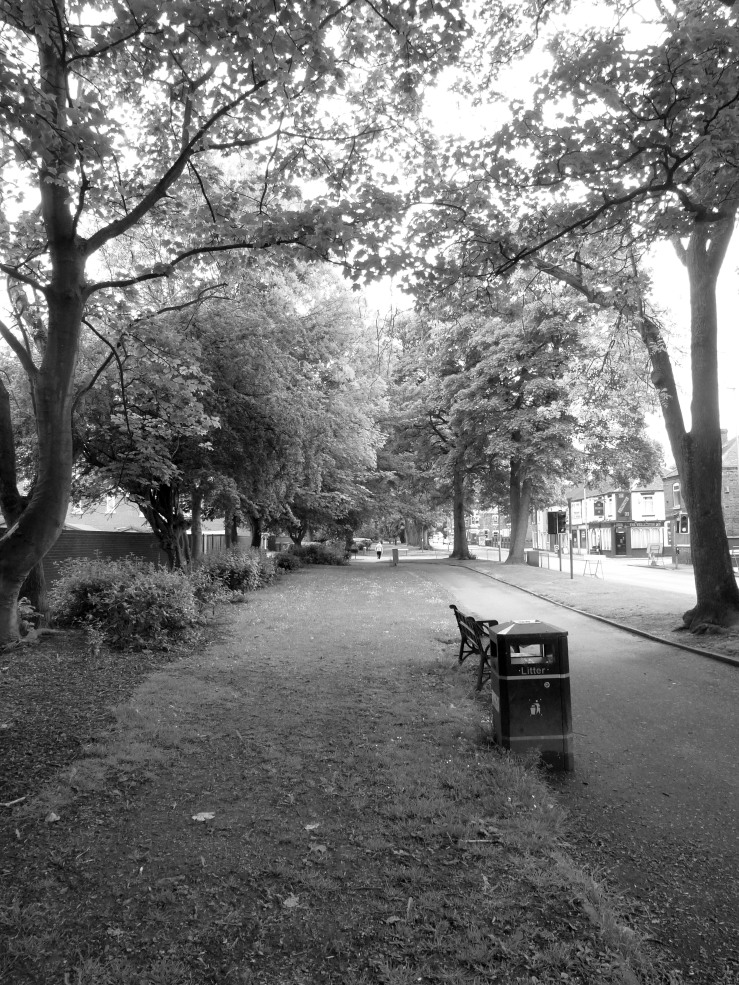 1. About halfway between Manchester and Birmingham.
2. The same latitude as Bremen in Germany, Petropavlovsk in Russia and Venison Tickle on the east coast of Canada.
3. 3 miles, or 4.82 kilometres.
4. In 1795, after an Act of Parliament made it possible, giving permission for ‘the making and maintaining of a navigable canal from and out of the Navigation for the Trent to the Mersey’.
5. Which had the only licence to carry coal.
6. Incidentally, completely unrelated to his namesake whose Flying Scotsman was the first steam train to travel at over 100 mph in passenger service, and whose A4 Mallard is still the fastest steam train in the world.
7. It can be found in early Stone Age pottery, making it more resistant to thermal shock.
8. Nicknamed The Knotty.
9. Over 130 miles or 209 kilometres of canals, waterways and the Rudyard Lake, named after a local man reputed to have killed Richard III at the Battle of Bosworth Field.
10. They liked it so much, they named their son after it.
11. In 1921.
12. By now, completely abandoned. Elsewhere this year, Alcoholics Anonymous is founded in Akron, Ohio, the De La Warr Pavilion in Bexhill On Sea opens and the world’s first parking meters are installed in Oklahoma City. Meanwhile, Adolf Hitler starts the rearmament of Germany.
13. Although there as late as 1971, these sidings have been removed.
14. A dry section remains at Oakhill behind the Cottage Pub.
15. Although the exact location is unclear, it seems the far end of this tunnel was near the Spode Factory site.
16. Near Glebe Street, where it joined the Trent and Mersey Canal. A stretch here remained and was used as moorings by the Stoke Boat Club until the 1970s.
17. Local councillor Andy Platt believes that springs running from the top of the hill adjacent to London Road mean that water was an important part of life here for a much earlier community, too.
18. Jumping from his footplate and over iron railings to reach her.
19. “Barathea is a noble cloth – a dense and heavy cloth of deepest navy blue
It has clad with distinction policemen and figures of authority for decades
And Timothy Trow is proud to wear his uniform
But barathea is a great soaker-up of water
And Timothy’s coat of office has now become a sodden coat of lead”
Ray Johnson, ‘Ode To London Road’
20. “It was lucky for the girl that the tram had stopped. In those times the engine was powered by steam and it would have been extremely noisy,” local historian Simon Birks suggests.
21. Although known by this name locally, it is officially called Coronation Gardens, and was opened in 1953.
22. Known as ‘The Boothen Boat’.
23. Although he was then a community artist, he is now the Cultural Development Officer at Stoke-on-Trent City Council. He trained as an artist in Coventry, around the same time that the 2 Tone scene was emerging there.
24. Ordinary terraced houses, except that each has two lines of glazed tiles running above and below the upper windows, each tile having the words ‘Gold Coin’ on them.
25. Francis Michael Moran, from the 1st Battalion of the North Staffordshire Regiment. Formed as the 64th Regiment of Foot in 1758, this regiment’s soldiers served across the British Empire. The 1st Battalion served in France from 1914-1918, and Moran saw action during the Battle of the Somme, the assault on Messines Ridge and the Third Battle of Ypres.
26. Built in 1920, this was the tyre company’s first factory in the UK. It was designed by Peter Lind and Co, who had offices in Central London and in Spalding, Lincolnshire. The company also built Waterloo Bridge and lter, the iconic BT Tower in London.
27. It reopened in 1987, housing Sir Terence Conran’s Bibendum Restaurant & Oyster Bar.
28. Originally known as the ‘X Tyre’, it was designed with the Citroen 2CV in mind.
29. He argues that post-industrial decline happened later in Stoke than elsewhere in the UK.
30. In fact, there are still more than 20 active potteries in the city. With names like Wedgwood, Moorcroft, Dudson, Emma Bridgewater, Portmeirion, Spode, Royal Doulton, and Royal Stafford still in the city, Stoke is still a major centre for pottery.

Natural capital gets lots of air time because banks – in their ongoing quest to own the world – like to invest. Social capital? Not so much. They’re so tricky, humans, aren’t they – with their foibles and need to be treated humanely? Dan Thompson bangs the drum on behalf of all of us. He is expert at unlocking potential in people and places that are ignored. If he was in the private sector he’d have a knighthood!

DT is a visionary, an artist with a heartfelt sense of what matters in the real world, and the gumption to make it happen, not once but often. It’s unusual to spend time with Dan and not to come away inspired.

Dan’s art practice reflects social and cultural themes found by working with the local communities. The results are both democratic and critically challenging for audience and participants alike.

This has not stopped us collaborating over the years in various parts of the country, at festivals and on empty shop projects, where Dan’s knowledge, enthusiasm and love of ‘characterful’ B&Bs is second to none.

We look forward to the next time, but can’t promise there won’t be torrential rain.